In this project, the artist wants to show the wild part in this case of men, a primitive and visceral side, creating a duality between the modern and the primary. Humanized beasts appear, with the appearance of False wolves or bulls to express that dominant and aggressive part, a reflection of a patriarchy that is still present worldwide and that manifests itself in many ways, some disguised as modernity and others more evident to the eyes of all. It is a need to express outrage and impotence before the acts we see every day and suffer women, at other times, also, she likes to show another side of the same coin, powerful and important male figures accompanying, next to the woman , supporting and fighting for a feminine empowerment, that perhaps is far and even utopian but that she believes strongly necessary and shows a desire that she wants to transmit with her work. 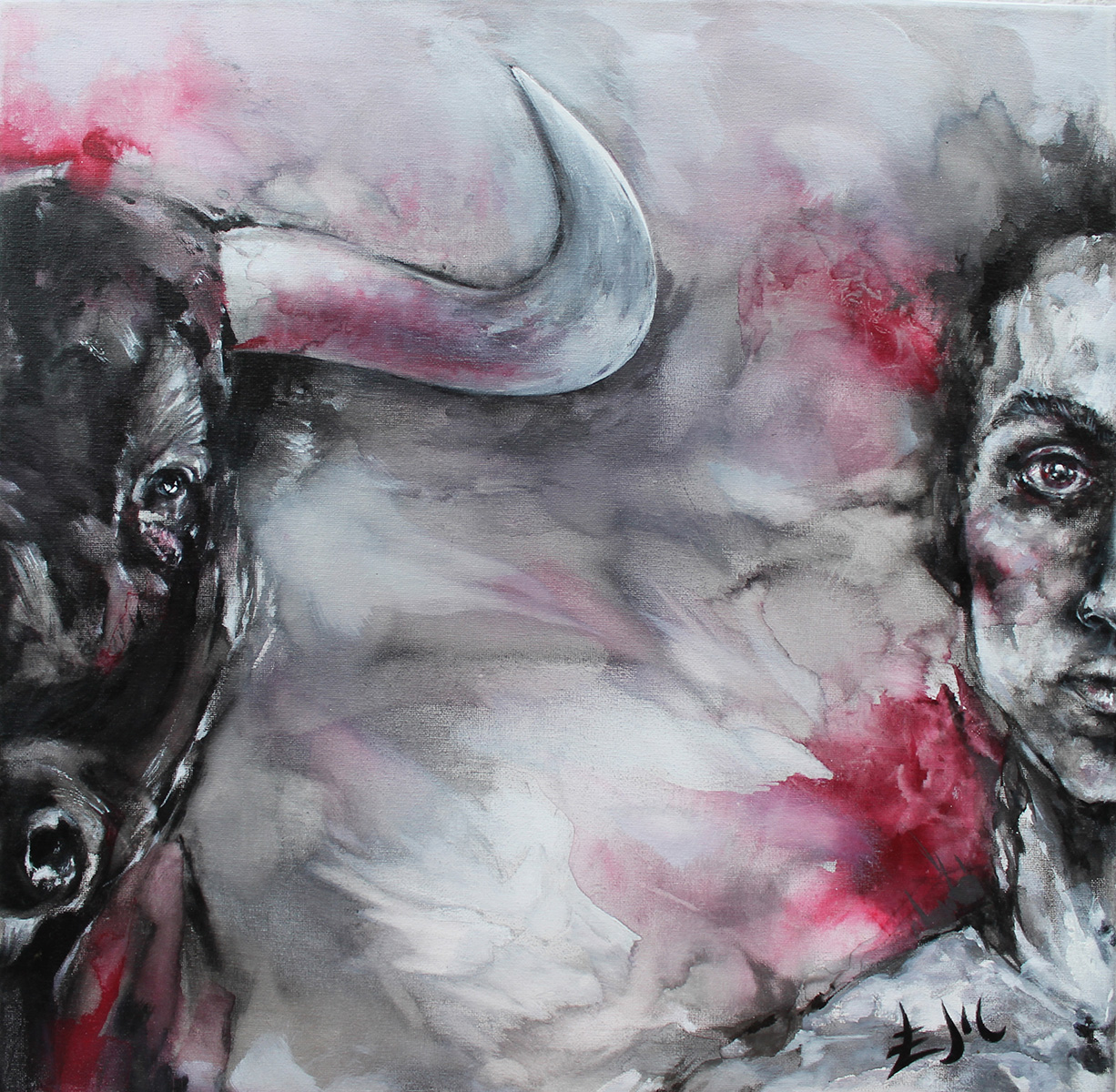 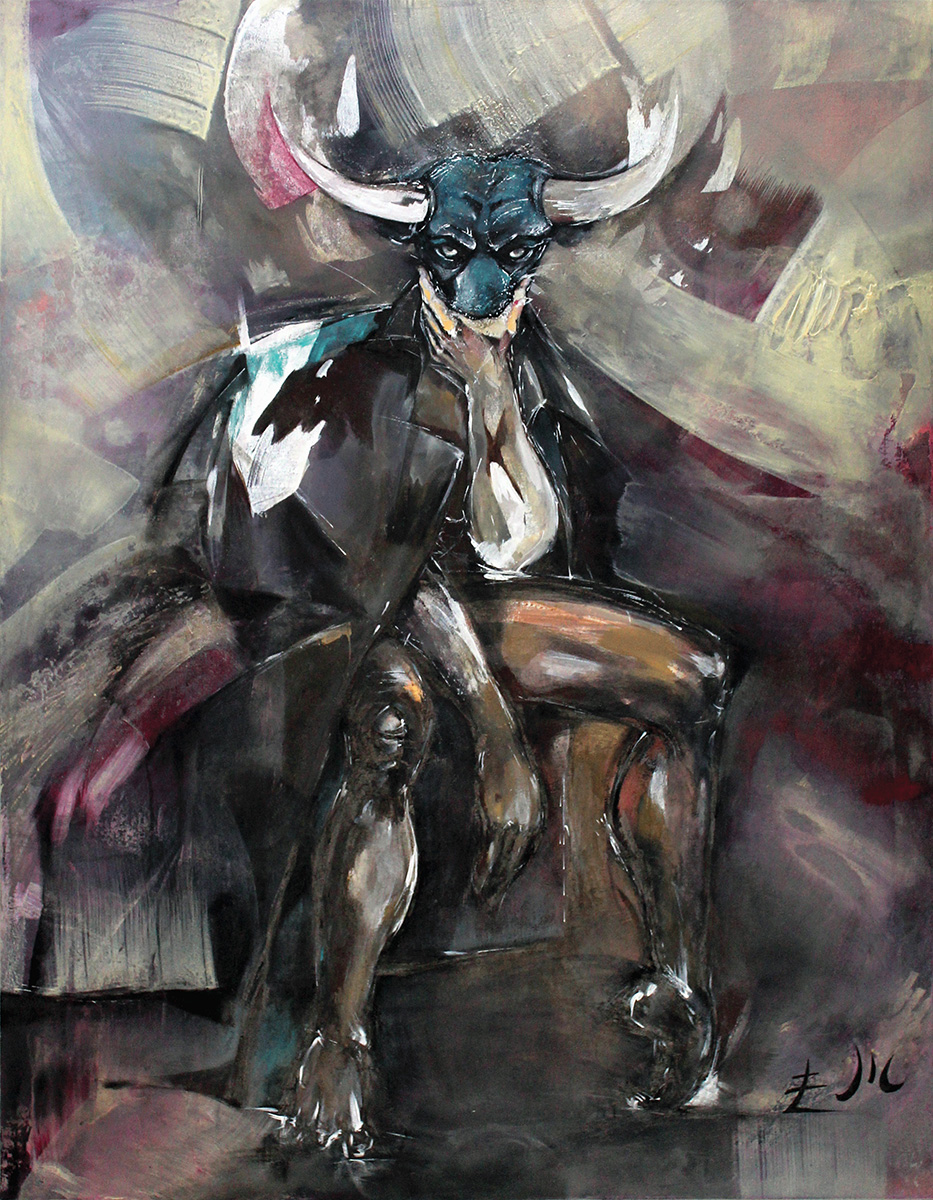 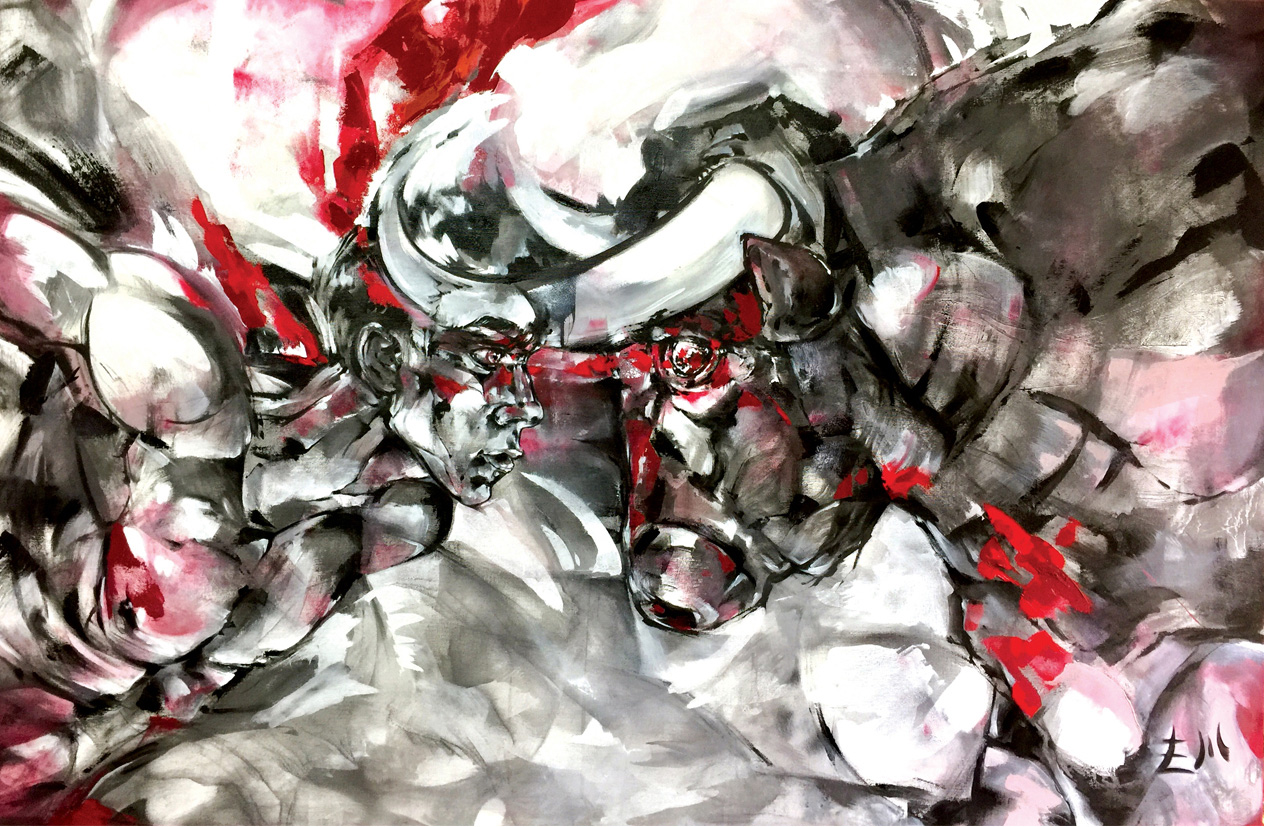 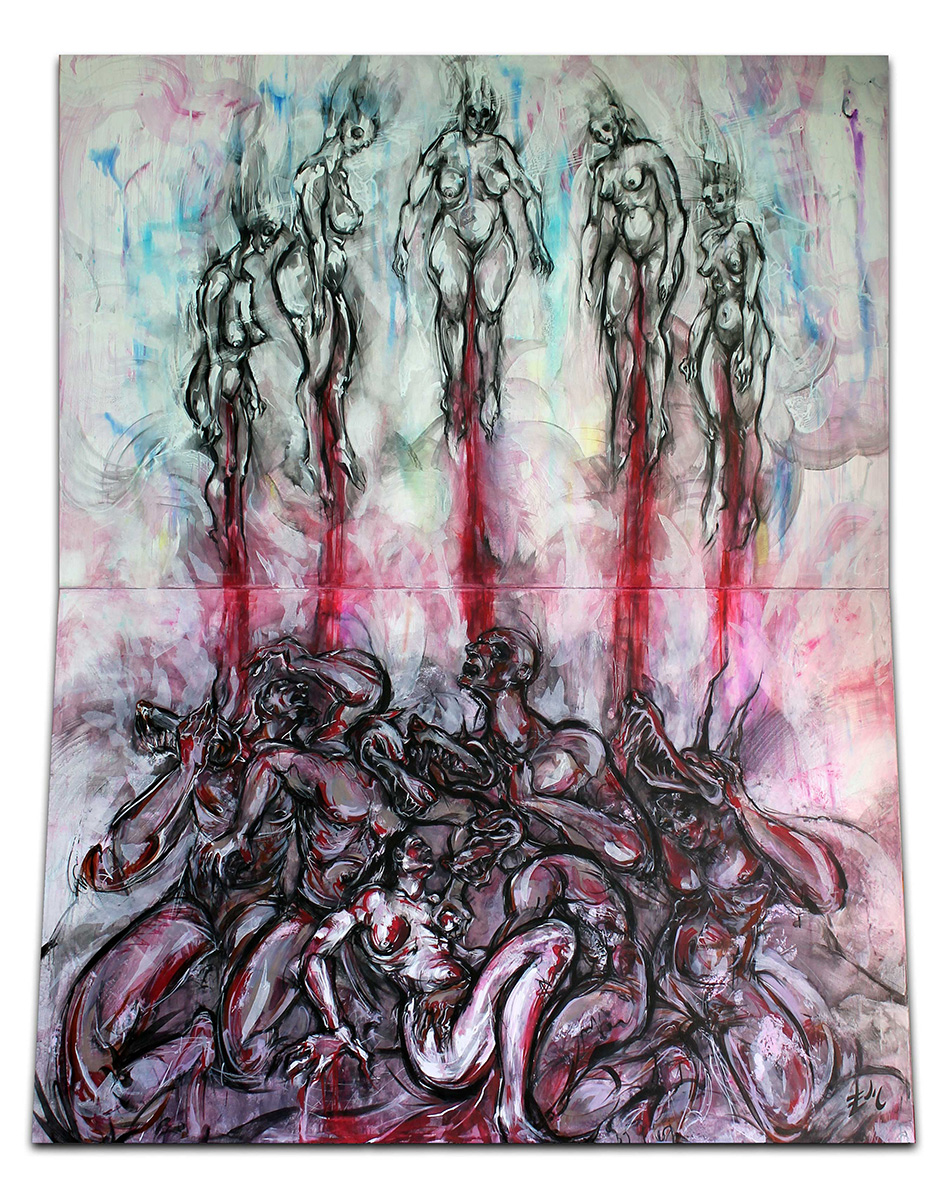 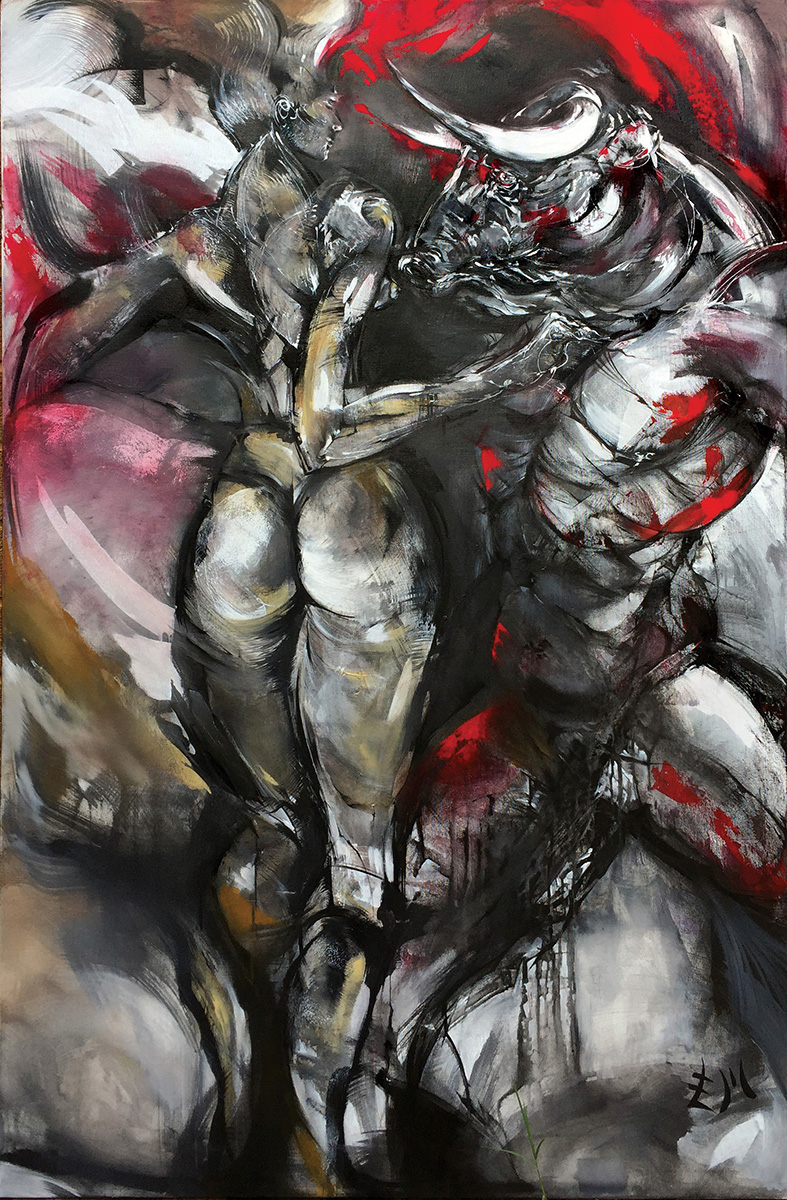